In a perfect world, a construction camera alone might be enough to deter even the most determined thieves. This is possibly the biggest myth in the industry and one that is hard to dispel. There are many reasons why construction cameras alone cannot prevent crime including that most determined offenders believe (and often rightly so) that the technology produces poor image quality and the chances of being identified using construction site camera recordings wouldn’t be good enough to make a positive identification.

The reality is that even a high-definition video surveillance system is only as good as the technology that supports it. Job site monitoring solutions that feature high-definition images and video, data analysis, and artificial intelligence are a much better solution to prevent not only theft but job site accidents and safety issues.

Even Fake Construction Cameras are Effective

Obviously, with such a slim profit margin on a construction project, saving money where you can is an attractive proposition. Of course, if your fake cameras don’t stop thieves from targeting your construction assets, you’re out not only the cost of your fake cameras but also whatever the value of the stolen property (not to mention losing peace of mind and the extra time that will be required to recover from your stolen assets).

When Theft Has Occurred, Adding Cameras Will Prevent Future Issues

Whenever something bad happens, be it a break-in or an accident, many construction site administrators believe that installing construction site cameras suddenly fixes security and safety issues. While it is an easy way to show your employees or your investors that the organization is committed to improving safety and security, without a solid job site security plan and the resources to fix issues, cameras probably aren’t going to be the silver bullet some folks think they are.

A better solution would be to investigate what went wrong before you invest in surveillance cameras. In some cases, cameras alone wouldn’t have prevented the theft or accident. That is why it is important to get an outside professional to survey the construction site and offer solutions that fit your project’s specific needs.

It isn’t enough to buy a few cameras and place them strategically on the perimeter of your job site. The most effective theft prevention plan is built on the fundamentals of security and crime prevention known by security professionals as “defense-in-depth.”

This concept states that to effectively reduce the risk of theft, a security plan must address four key goals: Prevention, Control, Detection, and Intervention. Essentially a solid security plan includes many layers, some of which may be considered redundant:

Depending on the job site, there may be even more layers protecting valuables and personnel. The trick is of course to walk the fine line between security and inconvenience. Choosing a job site monitoring platform that uses a variety of technologies to minimize risk is why SiteKick is quickly becoming a leader in construction technology.

All Construction Cameras and Monitoring Systems are Equally Effective

A common mistake construction firms make when making the decision to implement a job site monitoring solution is believing they’re all the same, using the same technology and skillsets. The unflattering truth is that many job site monitoring companies rely too much on hardware and not enough on the software systems that aid humans in securing a construction site.

The best solution starts with a conversation about your specific needs, not with an array of camera choices. Ideally, the solution integrates well with software platforms you’re already using, like Procore, and does more for you than just managing and controlling your cameras.

If you’re interested in raising your job site’s security to new heights and are looking for ways to improve safety, efficiency, and data analysis, contact SiteKick for a free demonstration today. 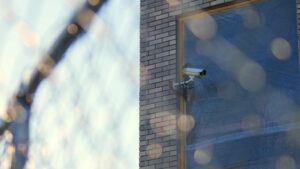 See How Big-D Construction is Building the Future with SiteKick

Every aspect of a construction project requires a commitment to teamwork if you want to be successful. Ultimately success hinges on forging partnerships with people

How a Construction Monitoring and Reporting Solution Helps Maintain Compliance

As construction projects grow in complexity, and profit margins shrink, project managers and construction site administrators are faced with juggling many mission-critical tasks including budgeting,

How to Build a Culture of Safety with Construction Cameras

Considering the fact that there was a work-related fatality every 101 minutes in 2021, a culture of safety on your construction site should be a